Posted at 15:06h in Science by Team XRCEL 0 Comments
0 Likes
Share on FacebookShare on TwitterShare on Pinterest

During the seven plus years of development, we utilized University IRB controlled four-way blinded cross over design human clinical studies to evaluate the impact of our pH and temperature responsive extended release micro-gel formulations and positive control on plasma glucose levels and exercise output. Plasma glucose concentration is generally used to evaluate the effect of carbohydrate feedings on exercise performance, and it has been long understood that carbohydrates have the potential to improve exercise performance, when the duration of the exercise exceeds 45 min, by preventing a decrease in the plasma glucose concentration during exercise.1,2,3,4 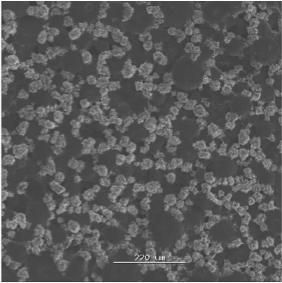 Our research has been focused on the dynamic changes in glycemic response to exercise and carbohydrate feeding, and the impact of increasing residence time of carbohydrate at the primary uptake receptor sites, the carbohydrate “Gateways”.

The athletes we studied were normal healthy individuals who routinely participate in, or play, high intensity sports. They were recruited from a pool of high school, collegiate, semi-professional and adult amateurs who engage in routine cardiovascular/strength training at least 3 times per week for more than 2 hours per session. Athletes not meeting these criteria were excluded.

We studied the athletes, in the fasted state, at rest and under exercise load (to the point of exhaustion). Biological samples were collected by protocol to understand the relevant pharmacokinetic profiles.

The results from our blinded 4 way cross over studies, where we studied athletes under resting and under exercise load condition, demonstrate our patented pH and temperature responsive micro-gel based formulations, yielded, in the exercise arm of the study, an average of >60% increase in time to baseline, the length of time circulating glucose levels were greater than baseline, and an average >178% increase in the relative amount of circulating glucose (AUC) within that same time period, when compared to equivalent caloric doses of leading commercial carbohydrate supplements. Time to exhaustion, exercise arms only, increased on average >35%.

We also know that the world of training and competing isn’t always so tightly controlled and predictable as a clinical study so we have been allowing serious athletes to test drive the product for themselves to get a real world functional assessment of what they like and don’t like. Take a look at the testimonials page on the website for a few of the comments we have received. https://xrcel.com/blog/testimonials/

Our objective was, and continues to be, to provide athletes an improved, highly efficient fueling option so they can outlast, outthink and outperform their competition.

These statements have not evaluated by the Food and Drug Administration. This product is not intended to diagnose, treat, cure, or prevent any disease.