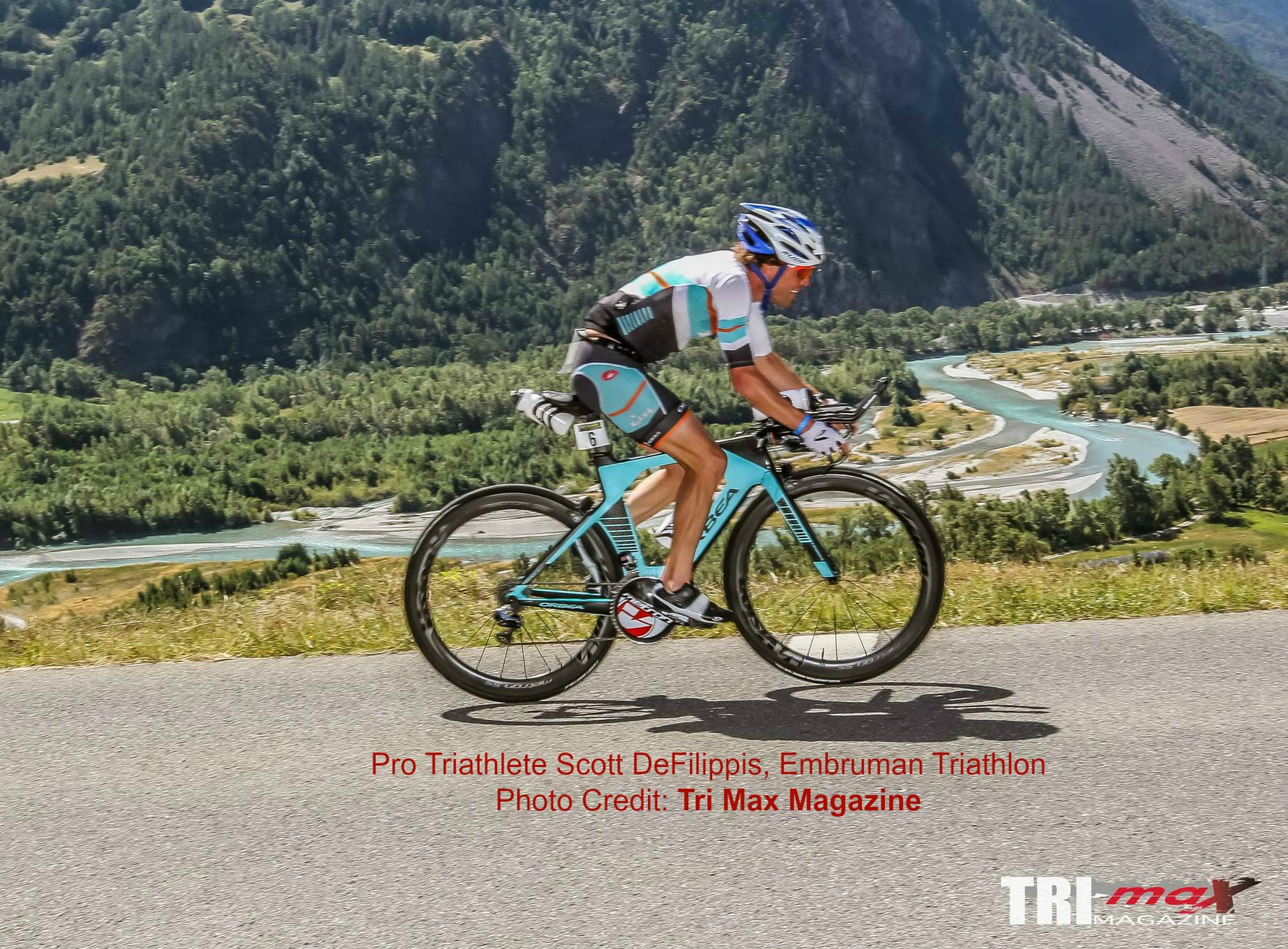 Posted at 15:13h in Motivation by Team XRCEL 0 Comments
0 Likes
Share on FacebookShare on TwitterShare on Pinterest

When it comes to picking a race or a race schedule, the triathlon calendar can look pretty overwhelming. Today, there are a plethora of companies that put on some pretty amazing triathlons all over the world, which is why picking the right one can seem tough. Lucky for you, we have talked to our pro and age-group athlete ambassadors to find out which races they feel are great races, not just for your swim-bike-run efforts, but for an overall, outstanding race experience. From crowd support to historic climbs, check out this list of triathlon-musts and start planning your next exciting triathlon race!

When it comes to historic and well-supported races, there are few that can arguably match that of Challenge Roth, located in a breath-taking  Bavarian town in Germany.  Challenge Roth has been a fan favorite since it’s berth in 2002, and now draws the biggest names in the professional triathlon field, as well as 5,000 age-groupers, gathering from over 60 nations. If you have ever wanted crowd support, there is no better race! On the epic Solar Hill climb, you will pass 30,000 screaming fans as they escort you all the way up with their energetic support! It’s like having your own personal cheering section while you enjoy the lush green landscape and quaint town Roth has to offer. This is the race most triathletes have already done or have on their bucket list, so plan your next summer full-distance for July if you want to experience the mothership of all triathlon races.

If a big challenge with a beautiful backdrop is to your liking, then the Embrunman in the French Alps may be to your liking. Located in the Hautes-Alpes region near the Italian border (think the Torino Winter Olympics in 2006), many people are drawn to this region for mountain sports and picturesque scenery. Triathletes flock here every year to challenge themselves against this   legendary Iron-distance course. Masochists and Tour de France enthusiasts place this race on their bucket lists because this mountainous bike course takes athletes through the peaks and valleys made famous by Le Tour. With reportedly 12,000ft of climbing, the pinnacle of the race comes at the Col d’Izoard, a massive Hors Categorie (beyond category) climb made famous for its frequent inclusion in the Tour d eFrance where cyclists dramatically battle up its slopes.

Now in its 17th year, Ironman Lake Placid has become a classic race on the Ironman circuit. Located in the forested Adirondack Mountains of upstate New York, this picturesque town was made famous for its winter Olympics and arguably one of the greatest moments in sports history, the “Miracle on Ice”. Now athletes can harness that storied past as they swim in the pristine, calm, and appropriately named Mirror Lake. They collect their bikes at transition, located in the Olympic speed skating oval, then head out on the challenging, but beautiful bike course through the Adirondack Mountains. Athletes run their marathon on a hilly course through the dense forest and past the Olympic ski jumps, through the crowds of Lake Placid, and along Mirror Lake. It’s apparent why this race became an instant classic after its debut on the Ironman scene in 1999.

This race appropriately refers to itself as the ‘Beauty and The Beast’. To look at the professional race fields of the past is to read through a who’s who of triathlon history. Every May, triathletes come to the U.S Virgin Islands to tempt the “Beast”, arguably the toughest hill on the Ironman bike circuit. This half mile long hill with an average gradient of 19%, but pitching up to 24%, makes even the best professionals strain to get over the top. Before athletes get to the Beast, around mile 18 of the bike leg, athletes swim in the warm, clear, blue sea off of St.Croix. The bike leg is a combination of beautiful scenery and challenges as it winds throughout the island, along the coast, and up over some of its toughest hills. Once athletes run out of downtown, they are met by a challenging run through the Buccaneer golf course, which treats athletes to beautiful views of the island, as they tough-out the tropical conditions.

If you’re looking for an exotic holiday to sneak in a race, then look no further than the Laguna Phuket Triathlon in Thailand. This race has been going for many years and was raced by many athletes as a fun way to end their seasons in November. This unique distance triathlon with its 1800M swim, 50km (31 mile) bike, and 12km (7.5 mile) run has been going since the mid-1990s. Phuket is the perfect tropical paradise backdrop for this race as the athletes swim partially in the ocean, before running over a small spit of land to finish the swim in a freshwater lagoon. The bike and run wind through the tropical rain forest of the lush island. Be ready for the steamy heat and humidity of tropical Southeast Asia, and your efforts may be rewarded with an elephant waiting for you at the finish line!

If you’re coming from the United States, then there may be a better way to spend your Thanksgiving than eating turkey and watching football. Ironman Cozumel in Mexico is set for this US holiday weekend every year. This tourist island shuts down on race day and “becomes the race.” Athletes are treated to maybe the nicest swim in triathlon. Known for its SCUBA diving, Cozumel’s pristine clear water gives athletes unprecedented visibility the entire swim. The three loop bike course takes athletes around the island each time past the resorts, beaches, and the town of Cozumel. The three loop out and back run course gives spectators and family members many opportunities to see their loved ones on the run. For the athletes, the downtown sections of the run include stretches of loud cheering spectators to boost their spirits.

Unless you’re from the Pacific Northwest, until this race popped up, there’s a good chance you may not have known about, or thought about, visiting Coeur d’Alene, Idaho. Now in its 13th year, this race is one of the most popular in North America. Lake Coeur d’Alene is a beautiful backdrop for this race. The challenging bike course is tough, but not too hard, and the run course takes athletes through the quaint town and along the shores of the lake. It’s a very well produced race in a beautiful location. It’s no wonder that athletes continue to sell out this race year over year.

When you talk to many triathletes and ask about their bucket list races, three continue to take the top spots: Kona, Roth, and Escape from Alcatraz. Perhaps the legendary island prison adds to the allure. Maybe it’s the famous swim where athletes dive off of a boat near Alcatraz and swim across the cold heavy currents of San Francisco Bay. It could be the relatively short 18 mile, but hilly bike leg, or it could be the 8 mile run course which includes sections on the beach culminating on the infamous “Sand Ladder” which is a sort of staircase of 400 logs tied together on loose sand, taking athletes up a massive hill. Athletes have made this arguably the most popular triathlon since its inception in 1981. If this piques your curiosity, you can’t just register. Because of its popularity, there is a lottery process to get a starting bid at this classic, bucket list race.

If hammering up the French Alps like your favorite Tour de France stars is to your liking, but Embrunman is a little more challenge than you’re ready to take on, then this race, up perhaps the most famous climb in cycling, is for you. With both short course and long course (close to 70.3 distance) options, you can choose which is right for you. The swim takes place in the cool, pristine alpine lake at the base of the mountain. Then the athletes bike up the 21 switchbacks of the fabled climb to the top of Alpe d’Huez. The run takes athletes around this ski resort village in what promises to be an unforgettable experience.

If you are looking for an Olympic distance race next summer, there is no race more historic than the New York City Triathlon. Every July, thousands of athletes hit the Hudson River as they begin their triathlon journey through the Big Apple. The bike ride then takes athletes through iconic parts of town such as Manhattan and the Bronx.  Of course, no  race wraps up better than the NYC triathlon with it’s quintessential 10k that loops around the one-and-only, Central Park. The crowd support doesn’t get any bigger or better as fans line the streets from start to finish, making all of the athletes feel like they are the star of the race. As an added bonus, this event is a great excuse to turn your weekend into a “race-cation” and explore all of the amazing wonders New York has to offer. The NYC triathlon brings out an outstanding caliber of professional athletes that will be a blast for family and friends to watch before your start! Plan on feeling like a star on Broadway when you race the NYC triathlon!

We know we said this is a “top 10” list, but how could we leave off the biggest and most prestigious triathlon of the year? The Ironman World Championships in Kona are the mothership of all triathlons. Only those who qualify get to participate, so it’s not a race most can do, but all can aspire to race one day. The race on the big island brings about the best professionals in the business, as well as the world’s top-age groupers, as they vie for triathlon glory each October. The race is known for having a sometimes tough, choppy swim, gusting winds on the bike, and a shoe-melting hot run through the epic Energy Lab, all while withstanding the heat and humidity. It’s a test of determination and talent to say the least, but worth every mile. No race celebrates at the finish line, or for the days following the race, like the Kona. If you want to step up your game and look to qualify for this race, make sure you take XRCEL along for the ride as it’s the only fuel that works with your body’s pH and temperature to release glucose when you need it the most. XRCEL can help you tackle your Kona training and racing, no matter what the conditions, so that you can race the world championships at 100%! Good luck to all of those athletes racing this weekend in Kona!