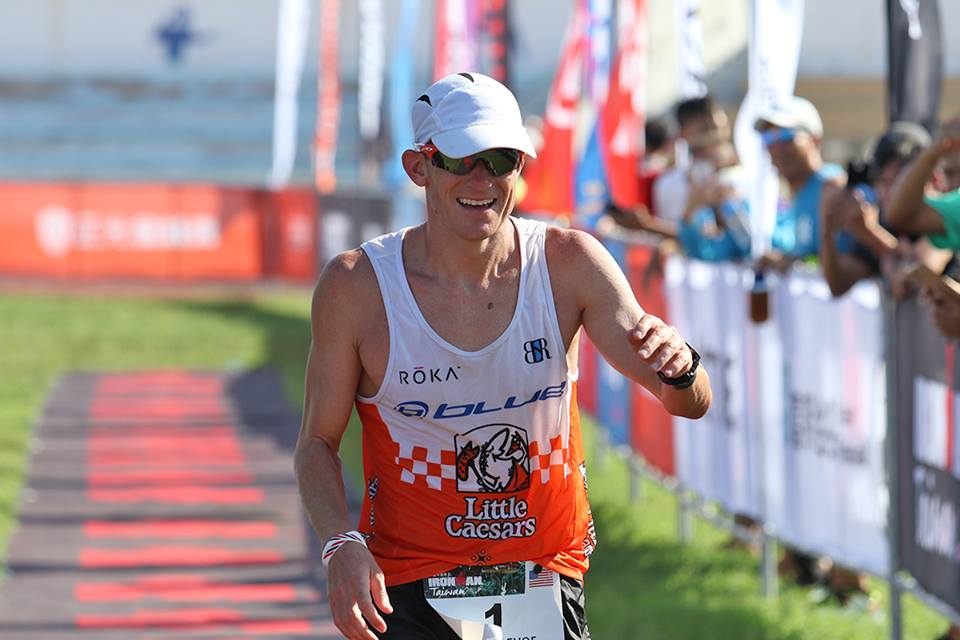 Posted at 11:17h in Ambassadors, How To, Motivation by Web Administrator 0 Comments
0 Likes
Share on FacebookShare on TwitterShare on Pinterest

I’ve always felt that the sport of triathlon, especially once I was racing for my career, offered many life lessons if I was willing to take notice. Through its ups and downs, I learned about friendships, relationships, hard work, persistence, dedication, patience, success, and dealing with failure. I recently raced and dropped out of Ironman Mont Tremblant. Going into the race I had the tools and fitness to do something great there, but I didn’t. Of course I was disappointed and a bit down afterward, but I bounced back mentally in what I think was a healthy amount of time. That experience got me thinking about how this sport has really helped me learn to deal with the perception of failing.

I specifically use the term “perception” of failing, because I’ve learned the hard way that when life actualizes with a different result than we had envisioned, we can only control how we each interpret and act as a result of that experience. In triathlon, we race only a handful of times each year. So each race holds importance for achieving good results, making money, and satisfying sponsors. When we don’t race well, the result is out there for the world to see. It’s easy for us as athletes to internalize poor performances as failures.

Over my triathlon career, I’ve had a lot of bad races. Some hit me mentally harder than others. Some almost drove me to retire from the sport. Using hindsight, each has made me a little bit better of a person. I want to share with you a few lessons learned from my experiences dealing with failure in my sport.

Just because you fail doesn’t make you a failure: This phrase comes from the motivational speaker Les Brown. We need to learn the very important difference between failing and being a failure. Failing is an event and as long as you learn from it and move on, it has no bearing on who you are as an individual. You as a person are not a failure. It’s easy to feel like you are a failure when you fail, but you have to separate those two concepts. Once you understand and believe that failing and being a failure don’t have to come hand in hand, you can accept that when Murphy’s Law comes around, it doesn’t have to damage your self worth.

You care more about your performances than anyone else: I remember a moment, after a bad race, when I realized that no one cared more about it than I did! My family didn’t disown me, my friends still liked me, and my dog was still excited to see me when I walked in the door. I think because triathlons are broadcast and results are posted online, we assume that the rest of the world cares more about it than they actually do. No one else thinks you’re a failure if you had a bad race. And if they do, you don’t need them in your life anyway. I realized that who I am, deep down, as a person will be no different whether I win zero, one, or ten Ironmans. Once I had that realization, I’ve had an easier time putting the disappointing performances behind me.

Don’t make decisions in the heat of the moment: I cannot tell you how differently my life would have played out (for the worse), if I had acted on every thought I had in the middle of a bad race or rough moment in my triathlon career. First things first, you cannot make decisions when you’re in that type of situation. I have a rule, no decisions for at least 48 hours after a bad race. You need some time for the emotion to subside and for your logic and reason to take over. Every person is different. Some can think objectively right away, and some can’t ever take a step back to make rational decisions. You need to find what works for you. With me, I’ve found that the emotion is there for a couple of days, then I can sit down and talk with my coach or family about appropriate next steps.

Acknowledge your disappointment: After a bad race there can be social pressure to put on a happy face and act like it’s not a big deal. Yes, I agree and believe in certain situations the approach of “fake it, til you make it” is the right action. But you don’t want to repress your feelings of disappointment. You also don’t want to become Debby Downer to everyone around you. You need to learn to acknowledge that you are disappointed with the outcome, yes, it was a let down. Once you find a healthy way to let that out, either to yourself, or to those people you trust, you will find it easier to close that chapter and move on with your life.

Learn from a poor performance and move on: I debated whether I needed to say this because I think it goes without saying, you need to learn from the rough experiences. Process, dissect, and try to understand why it played out the way that it did. It’s like a football team watching film on their previous game. You need to think through and note those things you need to change or work on for the future. Spend the time to do it right, but then you need to move on. You need to find the fine line between learning and dwelling on it. If you over analyze and keep going back to beat a dead horse, you can find yourself dwelling on the negatives. Learn and move on!

You can only control you: I’ve learned that when each of us is in a stressful situation, you always have control over how you act. Sometimes you don’t have control over outside factors, but you can always control you. You have options and choices over how you deal with the stress and how you present yourself to the world. Think about who you want to be as a person. You can decide to hold your head up, acknowledge and admit that you were let down and disappointed, then you control how you act going forward to get yourself back into the game.

Focus on the process: It may be one of the most overused sports training cliché. There’s a reason so many people repeat it and it’s become a cliché. If you’re focused on the results, poor performances are going to knock you down mentally. If you only value the result, what if it doesn’t happen. It can send you into a tail spin. If you truly love the process and focus on it day in and day out, the results take care of themselves. I’m pretty much repeating stock phrases here, but there’s a reason they’ve become commonplace. It’s because there is a fundamental truth that focusing on the process rather than the prize will keep your head on a much more even keel when dealing with adversity.

I can’t remember who said it, but on this subject I’ve been discussing, I think the most powerful phrase I’ve heard is to “fail your way forward.” If you never made mistakes, if everything in your life went smooth and without problems, you wouldn’t learn anything. If you learn to deal with your feelings, process the misfortunes, and learn from your mistakes, then each misstep will move you a step forward in life. Even if you fail over and over, you can truly fail your way forward.